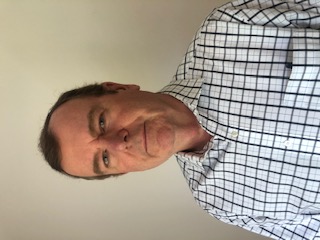 Mike commenced his adjusting career in 1975, working in London for two years handling primarily domestic and commercial theft claims. He then moved to Italy, where he worked for eight years adjusting major FAJ claims for leading Italian and international jewelers, fine art galleries, CIT, and banks. During his tenure in Italy, Mike was also involved in adjusting major motion picture (DICE) claims. He was appointed as the Branch Manager for Graham Miller in Milan before his career transferred him to New York.

In 1997, Mike moved to Miami where he continues to conduct surveys and handle losses for premier jewelers, fine art galleries, and museums. Proceeding Hurricane Katrina and more recently Harvey, Irma, and Maria, Mike handled some of the largest fine art losses for the international insurance market. Mike’s focus also extends to the Caribbean and South America, where he specialises in large jewelers, fine art, and CIT claims. He continues to be a highly respected authority in his field and a leader within the McLarens organisation.

English, Italian, Portuguese, Spanish
About Us
Our Firm
Governance
Connect with us:
All content © Copyright 2023 McLarens.
Cookie consent: We use cookies to improve your experience on this website. By continuing to browse our site you agree to our use of cookies.Accept