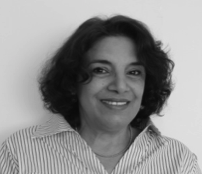 In 1977, Nava joined Sagiv & Co. Loss Adjusters & Marine Surveyors Ltd. as a Loss Adjuster specializing in Marine and Property. In 1989, Nava became Deputy Managing Director at Indemnity Surveyors Office Ltd. (a sister company to Sagiv & Co.), which was assigned to handle all Personal Effects claims of immigrants of the former U.S.S.R. (more than 50,000). In 1996, Nava left Indemnity and returned to work in Marine and Property claims.

In 2003, Nava became a Senior Loss Adjuster at McLarens Israel Ltd. She was a key player in audit assignments for the London Reinsurance Market. In 2008, an international cargo terminal outsourced its insurance and claims to Mclarens Israel Ltd.. Nava manages the department. She is also a Claim Adjuster for Liability and Marine Cargo losses.

Hebrew, English
About Us
Our Firm
Governance
Connect with us:
All content © Copyright 2022 McLarens.
Cookie consent: We use cookies to improve your experience on this website. By continuing to browse our site you agree to our use of cookies.Accept