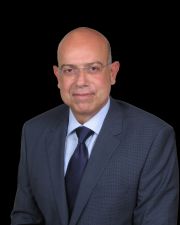 Peter worked as field engineer and then as a manager in the chemical industry for 12 years in Lebanon and the UAE from 1981 before being recruited by the McLarens representative office in Beirut in 1993.

He has since gained extensive experience in handling large industrial property claims and contractors related losses throughout Lebanon, Syria, Jordan, Iran and Iraq. More recently he has been involved in several Political Violence claims in Egypt and Syria.

Peter is fluent in English, French and Arabic and has dual Lebanese/Canadian  citizenship so is able to work effectively throughout the region including the Magreb and Africa.

His field of activity has involved the following:

Arabic, English, French
About Us
Our Firm
Governance
Connect with us:
All content © Copyright 2023 McLarens.
Cookie consent: We use cookies to improve your experience on this website. By continuing to browse our site you agree to our use of cookies.Accept