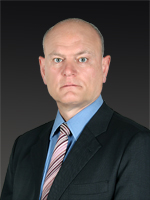 Stephen is an experienced international loss adjuster with solid technical background in dealing with major and complex claims in South/Central America, Middle East, Asia and the United Kingdom. He has worked on numerous catastrophe situations including hurricanes, earthquakes and floods throughout the world.

Catastrophe experience included Caribbean hurricanes, 10 months working in Chile for the 2010 earthquake, and 1 year in Thailand after the floods in 2011/12.

Stephen was with McLarens as Branch Manager in Saudi Arabia from 2002-2004 where he dealt mainly with CAR, EAR and Machinery Breakdown losses, as well as fire.

Stephen is ACII qualified and has passed various subjects in the Institute of Risk Management. He also holds passes in various papers of the CILA exams and holds the NEBOSH certificate in Health & Safety.

Associate of the Chartered Insurance Institute

Leicester University - Bachelor of Economics / Economic History, Xavarian College Manchester, Five subjects passed in the Institute of Risk Management examinations including a distinction in the Risk Financing paper (2003), Holds passes in papers C1, C2 and C3 of the Chartered Institute

33 years 1990
About Us
Our Firm
Governance
Connect with us:
All content © Copyright 2023 McLarens.
Cookie consent: We use cookies to improve your experience on this website. By continuing to browse our site you agree to our use of cookies.Accept