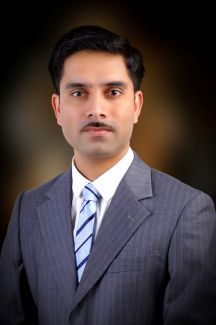 Joshi started his career as Loss Adjuster in 1997 and worked for 5 years in India. He moved to Kuwait in 2002 and worked with a regional adjusting firm, as a general adjuster handling a wide-ranging portfolio of commercial property claims.

In 2010, he assumed the position of Branch Manager – Al Khobar (KSA) with an international loss adjusting firm handling claims in different classes of insurance.

Joshi joined McLarens in Saudi Arabia in August 2012 as Eastern Province Manager. Later in 2017, he joined the Mclarens UAE as Senior Technical Manager and has been promoted to Technical Director – MENA & South Asia.

Arabic, English, Hindi
About Us
Our Firm
Governance
Connect with us:
All content © Copyright 2023 McLarens.
Cookie consent: We use cookies to improve your experience on this website. By continuing to browse our site you agree to our use of cookies.Accept