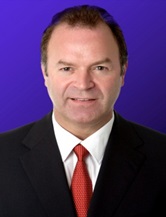 Malcolm Addy has over 34 years’ experience in loss adjusting, with the past 21 being overseas. Aside from 2 years in Asia, he has been based in the Middle East for 19 of those. He joined McLarens in September 2016 in the role of Country Manager – UAE, based in Dubai while also overseeing operations in Bahrain and Qatar.

Since 1998 Malcolm has worked in senior roles in the GCC insurance markets heading up offices in KSA, Qatar and the UAE and operated in the wider Middle East region.

Malcolm has an extensive background in commercial claims, liability, energy, EAR/CAR, and utility losses and as sole adjuster on many LNG and petrochemical projects.

41 years 1982
About Us
Our Firm
Governance
Connect with us:
All content © Copyright 2023 McLarens.
Cookie consent: We use cookies to improve your experience on this website. By continuing to browse our site you agree to our use of cookies.Accept